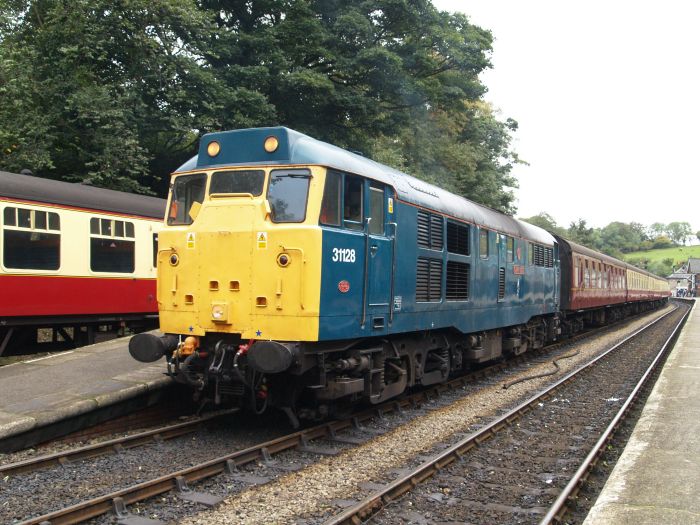 The British Railways Class 31s were built by Brush Traction between 1957 and 1962. D5546 enterted service on 27th August 1959 and were fitted with Blue Star Electro-Pneumatic multiple working and, initially, a steam heating boiler. This was out of use by the time 31128 (as it had become under TOPS) was purchased by Fragonset Railways. In 2001 it gained the name Charybdis and is now owned by Nemesis Rail. Nicknamed Goyles, due to their perceived ugliness, or Peds, due to their likeness to pedal cars in terms of speed and pulling power, the 31 should still be able to cope with ouir trains!