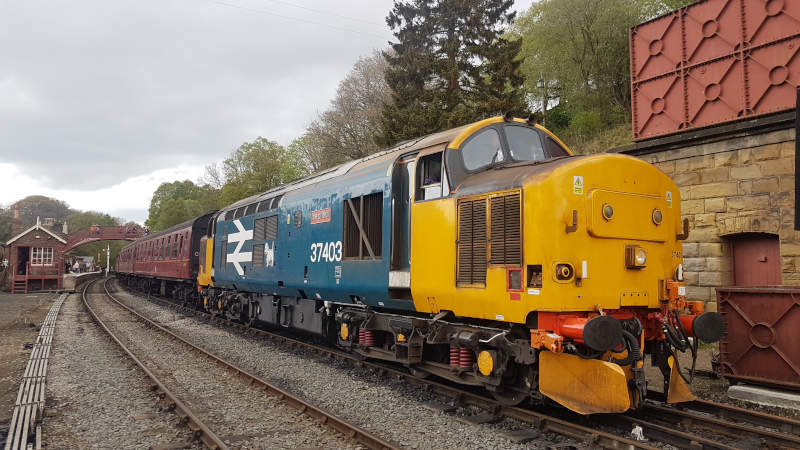 D6607 was delivered new to Swansea's Landore depot in October 1965. In 1974 it was renumbered as 37307 and, for the next 10 years, could be seen working freight services around South Wales before being one of twenty five locos selected for modifications to allow it to work passenger trains in Scotland. The main generator was replaced with an alternator and electric train heating (ETH) equipment was fitted. With these modifications carried out 37403, as the loco had now become, was transferred to Glasgow's Eastfield depot, where it became a regular on the Oban and West Highland lines, gaining the name Isle of Mull in 1986. Between 1988 and 1994 it was renamed Glendarroch, after the fictional village in Take The High Road.

With the closure of Eastfield in 1992, 37403 was re-allocated to Motherwell and, in 1994 it gained another name - Ben Cruachan. Increasing use of DMUs and declining freight traffic resulted in its movement south to Toton, from where it ironically worked freights in South Wales once again. Apart from a brief spell from November 1998 to June 1999, when it was used on the West Highland sleepers again, 37403 would work the rest of its BR career in England.
Initially bought for preservation by Bedale Railway Engines Ltd, it was later bought by the SRPS and moved north to Bo'Ness. Restored to working order and licensed to operate on Network Rail, it will be a useful temporary addition to our fleet while the 25 is unavailable.